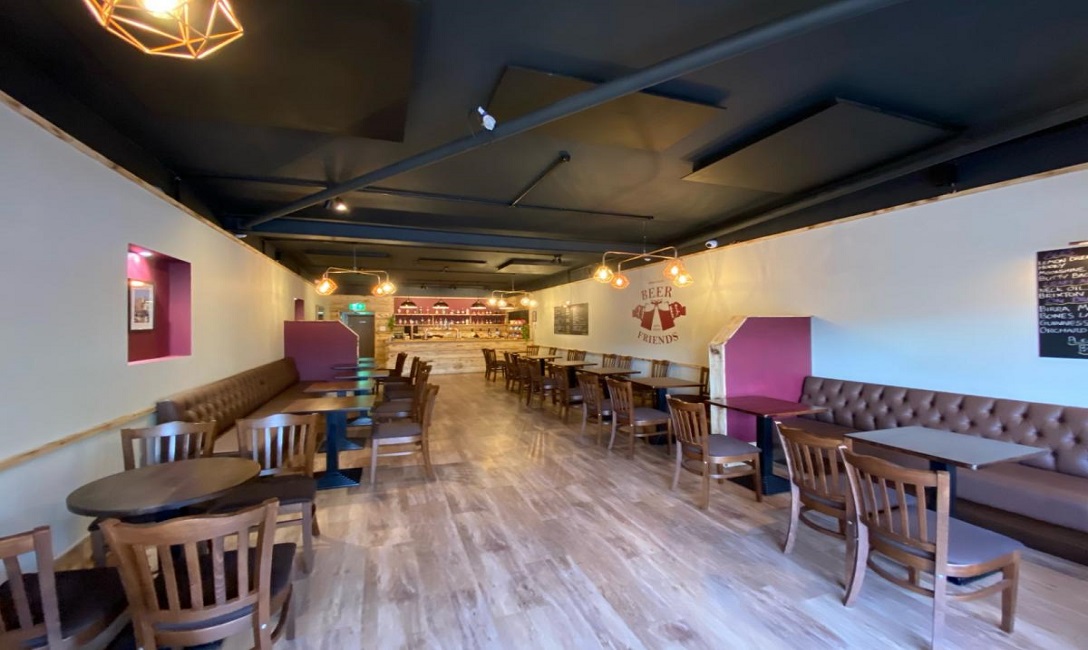 Worcester's newest micropub has opened its doors to customers.

It is the third pub for the family behind Ale Hub - mum and dad Sue and Neil McDiarmid, and siblings Connor, Campbell, and Brodie.

Even before it opened its doors, people living nearby were popping their heads in excited to see what was happening.

Campbell said: “When we were renovating the building, if you were here for a couple of hours, at least four or five people would be popping their head in.

"They would ask when we were opening and what we were doing, it caused a good amount of interest."

And now it is open that interest has carried through with lots of people enjoying the cask ales, craft beers and Guinness, lager, and cider on tap.

There is also a variety of gins as well as bar snacks and even dog treats for four-legged friends who are allowed in the micropub.

The family’s first pub opened in Dickens Heath in September 2020, and the second in Shirley in December 2020.

However, the Covid pandemic and it subsequent lockdowns changed all their plans.

Neil McDiarmid said: "In lockdown we were twiddling our thumbs looking for other places and we thought this place (Worcester) was too good an opportunity to turn down.

"Last Wednesday (22nd) we opened and it has been received really well so far. We couldn't be happier; it has been great.

"Everyone has been really welcoming and saying they were screaming out for something like this in the local area. The early signs are really positive."

Neil added: "I would say there is a pent-up demand for going out and socialising. We are slowly turning back to where it was before Covid.

"I think some people are still being cautious and we are doing extensive cleaning of surfaces and touch points and we have hand sanitisers as well."

Plans for the future include bingo and quiz nights with Facebook followers also asked to suggest ales and beers to be stocked in the pub.

"Everyone has been really welcoming and saying they were screaming out for something like this in the local area. The early signs are really positive"