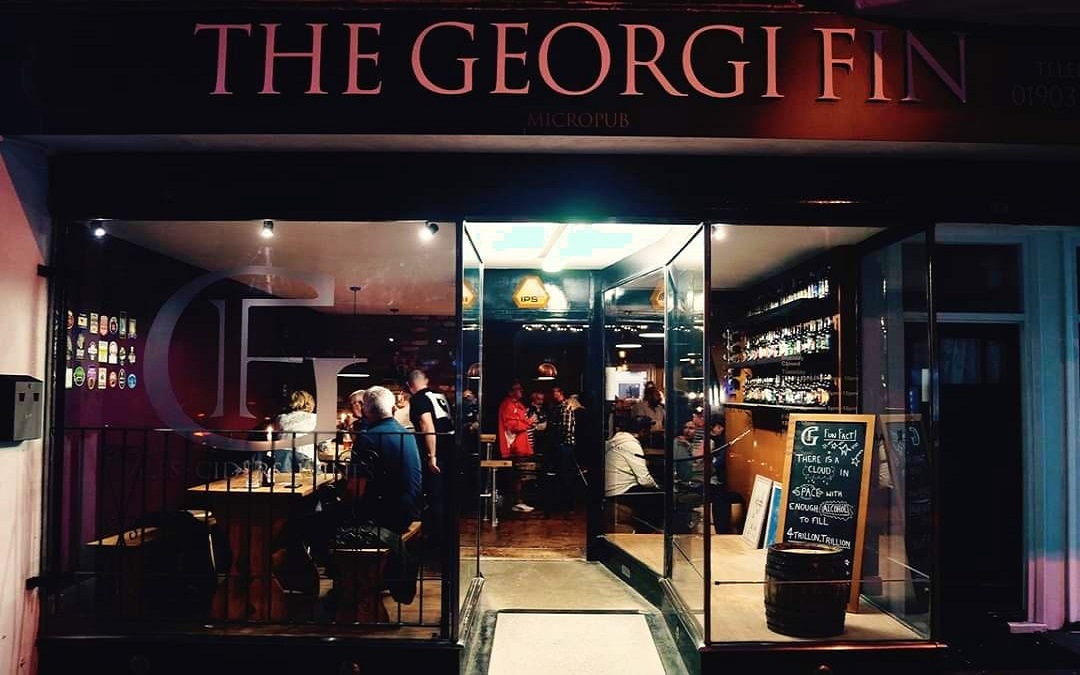 Before the pandemic hit, The Georgi Fin in Worthing's Goring Road was one of the most popular bars in town, with drinkers regularly spilling out onto the street.

But in March last year, Craig’s entire business model was blown out of the water.

“The whole point is that they’re small and everyone’s packed in,” said Craig. “For COVID-19, they could not be any worse.”

With social distancing and table service factored in, The Georgi Fin went from holding 80 people at a time to just 30.

It reopened in the summer and in August Craig even opened a second branch, in The Street, Rustington, but he said it all felt ‘very different’.

His pubs did not serve food and by December it was costing money just to keep them open so, like many landlords, Craig closed his doors for the sake of survival.

“It’s been horrendous, there’s no other word for it,” said Craig.

“I was surviving on selling drinks, but I couldn’t offer any kind of food, so I’d wait for another week for a decision from Boris saying, ‘you can’t do this and can’t do that’.”

But Craig is determined to carve out an opportunity from a seemingly impossible situation.

That has started with a complete revamp of his operations, aimed at maximising what he can offer customers under COVID-19 restrictions.

Opening times have been extended by four hours and seating has been replaced to make it more spaced out and comfortable for longer sessions or home workers looking for a change of scenery.

He has adapted the micropub ethos of using local, independent brewers and extended it to Worthing’s many pop-up food stalls, many of which have spawned during the pandemic.

Now he is offering space for pop-up eateries to serve food at both Georgi Fins and has struck a deal with Ferring-based coffee roasters Kendrick’s Coffee to supply coffee at the pubs for the first time.

It is ‘vital’ that businesses stick together during the pandemic and ‘ride out the lull’, Craig said, and praised his fellow independents for doing exactly that.

He was also vociferous in his praise for Worthing Borough Council, which he said had been supportive with grants that were easy to access and quick to be paid.

The grants have given him the breathing room to navigate the crisis, he said, and he was looking to the future with optimism.

“What lockdown’s done for a lot of people, from a business perspective, is made them evaluate what they have been doing,” said Craig, who named the Georgi Fin after his children, Georgi, 15, and Fin, seven.

“It’s really easy to get it right and think it’s working, and you don’t need to chop and change.

“But when faced with survival, you start to appreciate your business in a different way, and it makes you think about what you do well and what to do better.

“For me, it’s been a massive positive to be able to sit down and evaluate. This has given people a break where they can just stop and think.

“That being said, I can’t imagine having to go through this again!"

“But when faced with survival, you start to appreciate your business in a different way, and it makes you think about what you do well and what to do better"

Craig Stocker, Owner, The Georgi Fin
Article reproduced with thanks to Littlehampton Gazette