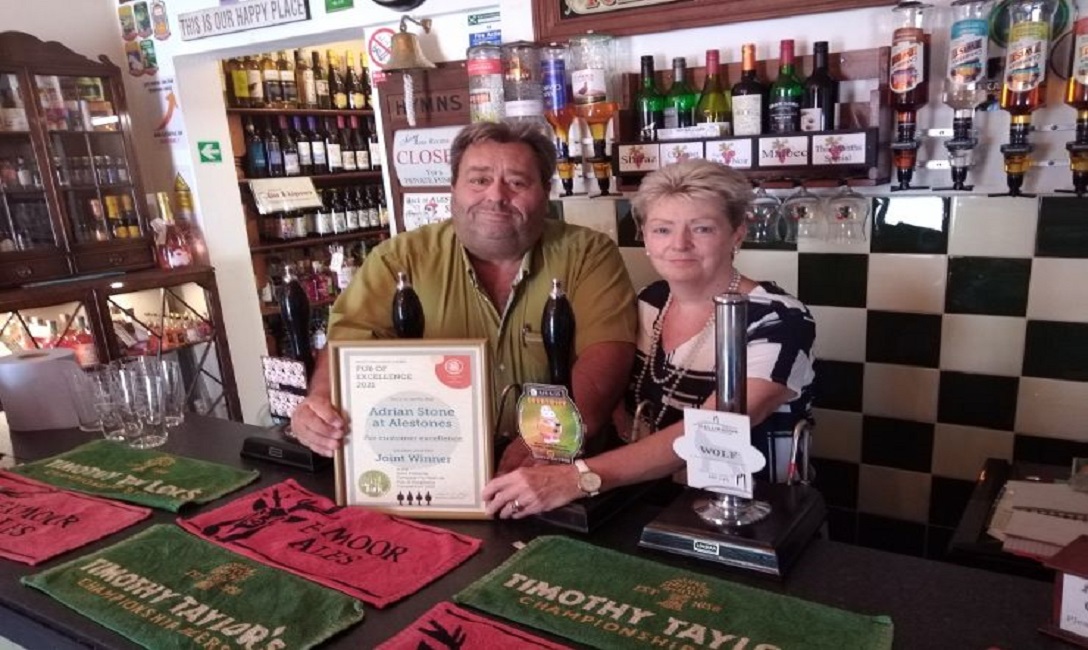 A micropub in Tardebigge has received a regional CAMRA award commending its customer excellence.

Hidden away in a courtyard, Alestones is described as the ‘best-kept secret' in the village and has won another CAMRA award to add to its growing collection.

The pub, run by Sue and Adrian Stone (pictured above), has been voted by West Midlands CAMRA members as ‘Pub of Excellence for 2021’.

Adrian, aged 60, said the award came as a bit of a surprise.

He said: “The award was based on what we did during lockdown.

“We were the only pub in Redditch that switched to home deliveries and takeaway service during lockdown.

“We also got hold of items from the local butchers as well to give to people.”

One of their most popular ideas during the Covid pandemic was beer and cider festivals at home.

Packs, which included eight different beers, snacks, tasting notes and a voting slip, were available to buy and groups could get together over Zoom and talk all things beer whilst enjoying the tipple.

Adrian added: “We opened the pub five and a half years ago but it’s still a bit of a secret pub as we are tucked away.

“We don’t advertise so people only know us by ‘word of mouth’".

Alestones specialises in beers from small brewers across the country.

Adrian Stone, Alestones
Article reproduced with thanks to Redditch Advertiser