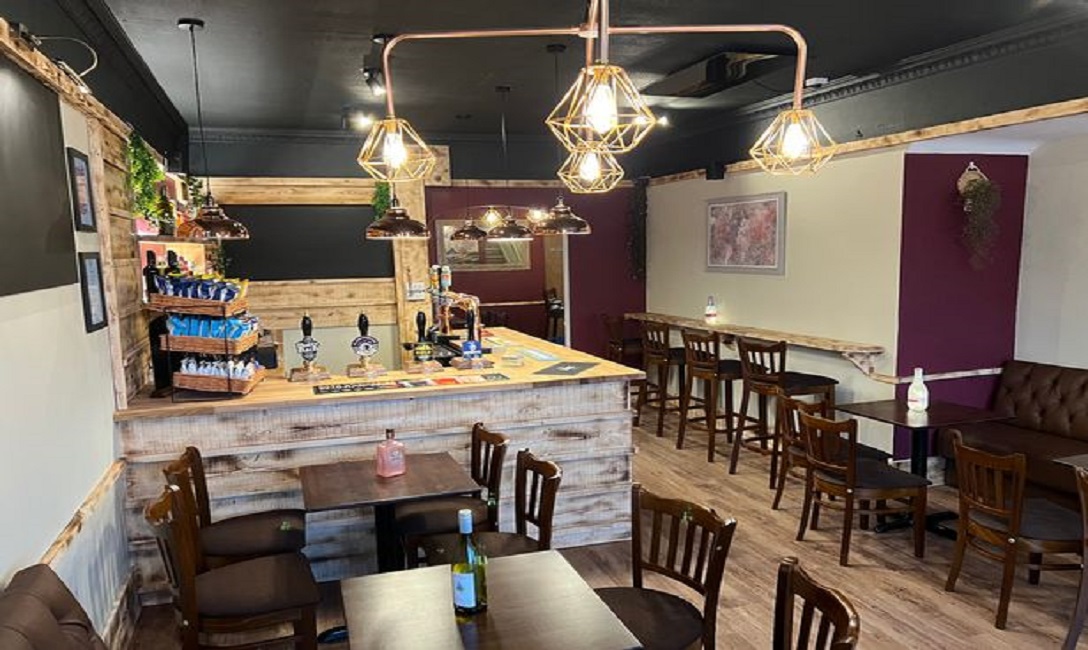 A new micropub has opened in Birmingham and is one of the smallest in the city with a back-to-basics concept.

The Ale Hub micropub opened in Sutton Coldfield at the site of a former Garner Canning solicitors’ office – with time at the bar being the only connection customers can make.

Ale Hub opened in Hill Village Road, Mere Green, on December 2, priding itself on its real ales, craft beers and bar snacks, but with no distractions.

There are no TVs, jukeboxes, or fruit machines.

Around a quarter the size of a typical pub, the latest of four Ale Hubs is aimed at being within walking distance of the customers it serves. It is in a ‘high street’ location with no parking.

It is set in two rooms - a main bar area and a second room at the back with loos upstairs.

The bar is run by the McDiarmid family, who set about opening micropubs in the area, after seeing them launch elsewhere, with the Sutton outlet first announced in June.

Just prior to the pandemic they decided to branch out into micropubs, but their first opening in Dickens Heath was delayed until September last year, due to the pandemic, having its original April opening put back by lockdown.

A second opened in May this year, having been pencilled in for November last year, when the second lockdown came. And a third has opened in Worcester this September.

The pub will have craft beers on tap including Bones Lager, Neck Oil session IPA and Brixton Atlantic APA. It also has Orchard Thieves cider, Birra Morretti and Guinness.

Real ales lined up initially will be Butty Bach from Wye Valley, Plum Porter from the Titanic Brewery, Abbeydale Moonshine from Sheffield, and Ludlow Gold from The Ludlow Brewing Company.

The McDiarmids have been undeterred by the pandemic. If anything it has spurred them on.

“It will have three craft beers and four cask ales and BirraMorretti. We also sell gins and bar snacks like crisps and pork scratchings.

“Micropubs have opened in the last five or six years – small, stripped back places. We saw a gap in the market here and have created a brand.

“The Mere Green venue used to be a lawyer’s office. Part of the charm is they are little quirky places.”

His brother Campbell, who is responsible for the maintenance at the sites, added: “Mum and dad are keen on real ale and struggled to find a place serving it well.

“So, they saw that opportunity and decided to go with it. We believe in the business model and the idea.”

“We tend to target suburbs and this one is out first ‘high street’ pub, the others are more in housing estates. All but one of our staff can walk here. It’s a nice place to live and we thought it would really fit in with our other places.

The family have their eye on their next outlet in Droitwich, Worcestershire, on a new housing estate which they hope to open in the middle of next year.

Ale Hub, Mere Green will be open from noon to 11pm from Thursday to Saturday and from noon until 10pm from Sunday to Wednesday.

“We are traditional, old fashioned, pubs focused on top drinks served in a relaxing environment"