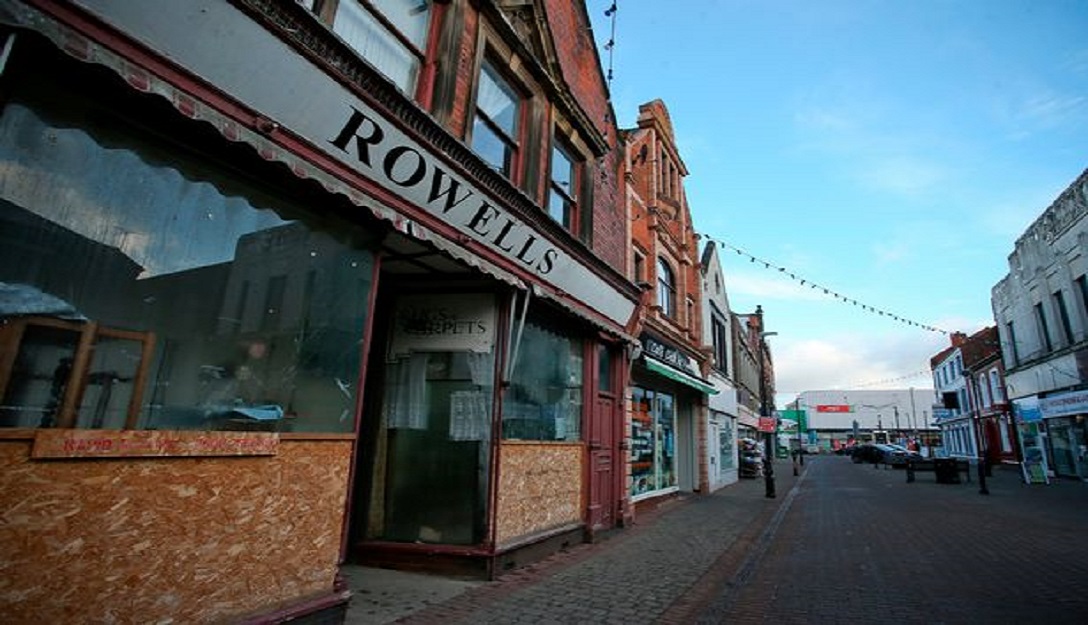 One of Long Eaton's oldest shops is set to be transformed into a micropub after a £50,000 makeover.

Work is underway at Rowells, in High Street (pictured above), which closed in June 2019 after more than 100 years in the town selling haberdashery, curtains and clothing.

The property was set to be sold twice before but on each occasion the sale fell through.

Martin Edwards, who has bought the property with a friend, has a huge job on his hands to bring the building up to standard and remove the old-fashioned wooden fixtures and fittings from the family-run business.

"One of two cupboards built in was wet through from damp coming up through the floor and disintegrated. We want to keep and use two of the long counters - one as a bar and the other as seating. They're believed to date back to 1879."

As well as gutting the shop, the property will need a lot of work behind the scenes such as rewiring and soundproofing as well as new windows - currently boarded up due to damage - and new toilets.

"I want to keep that old look. If me and my friend are happy, I think everyone will be. We have been drinking a long time," said Martin, who runs Big Bang Fireworks.

He's had owning a pub in the back of his mind, going back 30 years to the time the Turks Head in Gibb Street became available - but it was eventually pulled down and flats were built on the site.

It is a dream that has stayed with him though and he has been keeping his eye out for properties.

His son Tyrell, who has managed pubs before, will be running the business once it opens. Depending on when the country comes out of lockdown and tier restrictions Martin said: "In my head I'm looking at June.

"The feedback has been 90 per cent positive although some people wanted it to become a museum.

"We want it to be a hub for the community. We were talking about putting things on for elderly people in the week such as a bingo session or an old film. I hate the thought of people being lonely. I want to be open for everyone.

The name for the new pub is still under wraps.

"It's not that small. It's 128 sq. metres but I do want it to have that feel of a small pub with alcoves"

Martin Edwards, co-owner of new micropub
Article reproduced with thanks to NottinghamshireLive