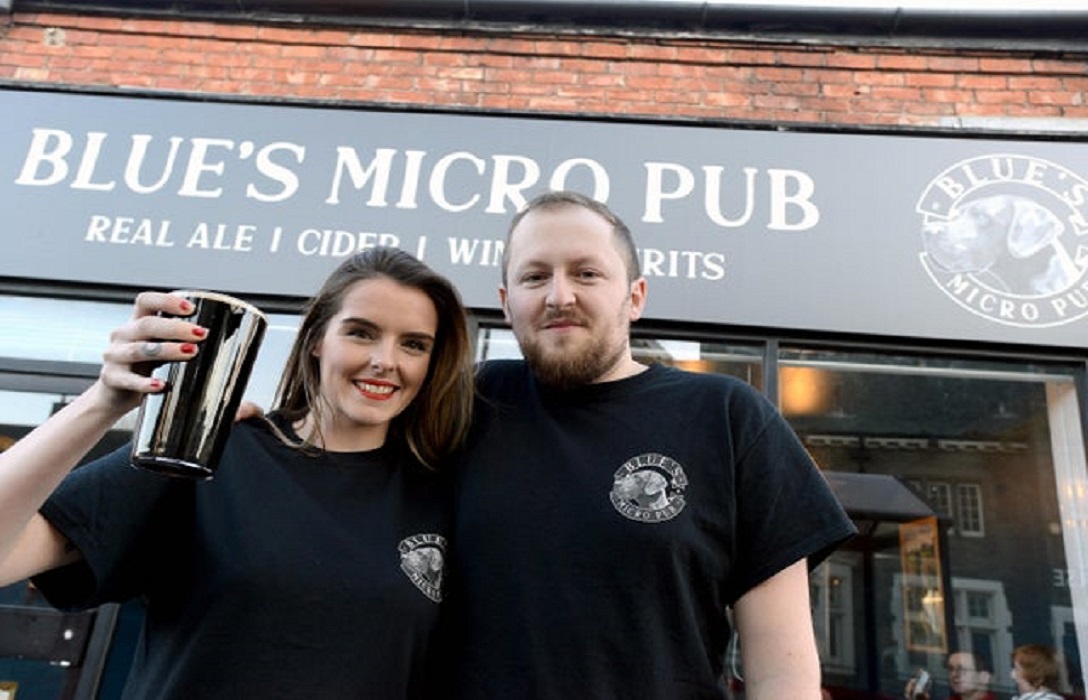 Blues Micro Pub in Whitburn Village, Tyne & Wear, had been open for just seven weeks when the country was plunged into its first lockdown in March 2020.

The business, a real labour of love for partners Callum Watson and Alice Pye, hadn’t been open long enough to qualify for furlough support, so instead the couple had to come up with ways to adapt within the restrictions.

Building on their passion for craft ale, they opened a bottle shop upstairs at the site for takeaway brews, which built up a loyal following during the long lockdowns, giving people the chance to try out a range of independent craft ales, as well as ciders, spirits, wines, and non-alcoholic options.

As well as a swathe of support from the village, the shop saw people visiting from around the area and now, as the pub side of the business has been able to reopen, Blues has been enjoying its best trade yet.

Other recent additions at the pub, including a new outdoor area with artworks created by Alice, such as a mural of Great Dane, Blue, who the business is named after, have also helped to attract people to the small pub in Percy Terrace.

Callum said: “Recently we had a tap take over from Full Circle brewery, and it was the best weekend we’ve ever had. It’s always been our intention to do take overs, but we have never had the chance to do so until now, because of the pandemic. Our next one will be a Belgian beer take over in September."

He added: “We were open for seven weeks before lockdown hit and from the very first day we were rammed, we never expected it to be that popular straight away. Back then we’d have people standing and it fitted about 32 in. We haven’t gone back to standing yet because of Covid but creating seating outside at the front and the back has allowed us to triple our capacity, it’s actually helped to make us one of the bigger micropubs.”

Alice said the support from the local community has kept them going through the difficulties of navigating the pandemic as a hospitality business.

She said: “Even though we had to close the pub side of the business, it still felt like we were open as people would be popping into the bottle shop. Everyone in the community was so supportive during the lockdowns and would pop in to check on us. There are some great independents in Whitburn, including places like De Giorgio’s butchers and East Street 19 and I think people really started to appreciate the businesses on their doorstep more.

"As well as the people who’d visited us as a pub before the lockdown, when we reopened the bar the bottle shop customers have been coming in for a sit-down drink and it’s been great to see everyone.”

Callum says because of the lockdowns, and more disposable income, it’s led to an increase in interest of more unusual craft ales, with people willing to experiment more.

Meanwhile, the bottle shop upstairs has a selection of more than 200 varieties of bottles and cans, many of which can be served downstairs. On Sunday’s drinks are served with a free cheeseboard.

Blues has also increased its opening hours. As well as being open from Wednesdays to Sundays, it’s now open on Mondays from 4pm-10pm.

We haven’t gone back to standing yet because of Covid but creating seating outside at the front and the back has allowed us to triple our capacity, it’s actually helped to make us one of the bigger micropubs"