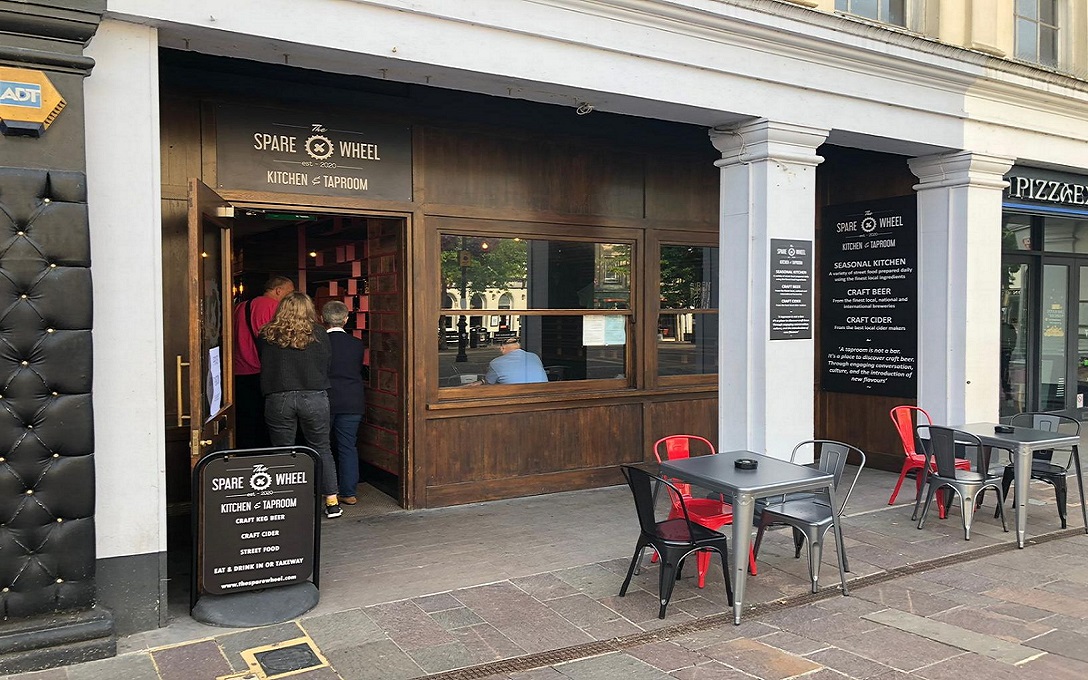 Warwick Heskins, landlord of The Catherine Wheel pub a few doors down on Cheap Street, is the man behind Newbury's newest beer venue, and who has acknowledged that the opening of The Spare Wheel was all 'a bit mental'.

Laughing, he said: "I had it in my mind beforehand, it was something I've wanted to do for Newbury, something different because there is nothing in Newbury like it at the moment.

"Then the lockdown happened, I was reading all about the social distancing and I knew when I re-opened that it was going to be really limited space. I would not get as many people in, so I thought, if I can only get half the punters in there I'll open somewhere else so I can get the other half in."

Heskins, who has been in the pub trade for 10 years, revealed the conception to reality for The Spare Wheel happened very quickly.

He said: "About two months actually. Less than two I think.

"This [the Spare Wheel] is on a temporary licence at the moment. When I took it over they told me it had a licence and I was going to change the name, that's when I found out it didn't!

"So we had to start that all over, there's been a few hurdles that's for sure but its all good."

Discussing what The Spare Wheel would offer, Heskins added: "We've un-GBK'd it as much as we can but without having to splash out too much to refurbish it all.

"Obviously all the furniture is new, light fittings and everything else, all of that stuff is new. On the bar side, we've built a craft beer wall, the bar there is our cellar and bar, all the beers are behind there, there's nothing else, no traditional cellar, everything is in that one place.

"It's more of a micropub, well it's a restaurant with a micropub attached!"

Heskins new venture promises a good range of locally brewed craft beer, as well as some national favourites: "We've got free reign on the beers because it's a restaurant, not a tied pub and I can do what I like which is great.

"I had it in my mind beforehand, it was something I've wanted to do for Newbury"