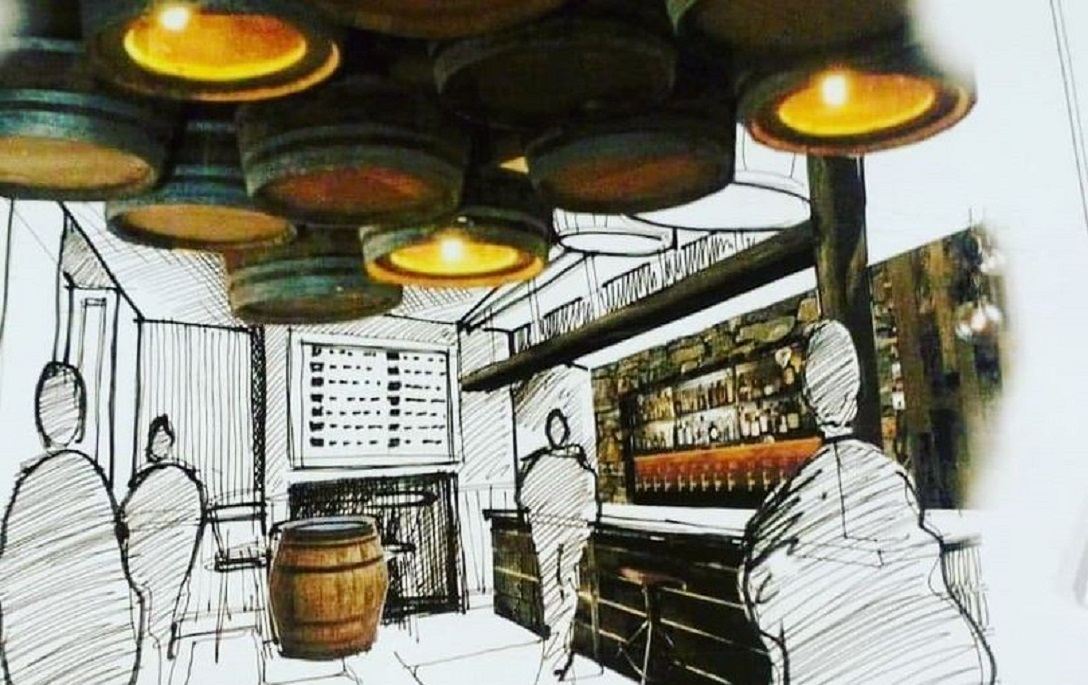 Work is under way on converting a city basement restaurant into a new craft beer micropub which will showcase an array of ales from independent breweries.

The Wobbly Duck will open in the former home of Mr Petit in Old Eldon Square where it also will make full use of its outdoor areas, including expansion onto the street overlooking the green.

Run by The Wobbly Duck Ltd, a small independent company owned by Karl Parkin and Jan Colman who also have the Beer Street Micropub and Bottle Shop under the Forth Street arches near Central Station and The Old Fox pub in Felling, the new ale house will support local breweries as well as international ones.

And a first artist's impression (shown above) of how the transformed interior space shows a setting featuring wood, stone flooring, and inventive upturned beer barrel-style lighting.

Manager Ryan Simpson, who will be dividing his time between the new pub and Beer Street, said that a design team is already at work and while it is early days for the venture the work will be taking place quickly and the hope is to open as soon as possible. They will be looking to recruit new staff too. If restrictions are still in place at the time of the launch, the team will be up for the challenge, having operated the other venues under strict Covid guidelines and social distancing measures during the region's spell out of lockdown last year.

An online store has kept business ticking over during the pandemic. "It's been really good," says Ryan. "We've had lots of support."

Having a new micropub in Newcastle had been the company's plan for the past two years and the hope had been to open it last summer until Covid restrictions made that impossible.

Now they cannot wait to be able to get moving on transforming the former restaurant with a look that will complement the age of the building.

"It has outside space as well," said Ryan. "There's a little courtyard and we have a pavement licence to extend beyond that.

"There's also a beer garden at the back."

First customers will find a rotating range of ales on offer -alongside wines and spirits - and the pub is in talks with breweries on the idea of having its own house IPA among them.

"We're planning to have 10 craft beer lines and our own 6% juicy IPA," said Ryan.

"It's been really good. We've had lots of support"

Ryan Simpson, manager, The Wobbly Duck
Article reproduced with thanks to ChronicleLive