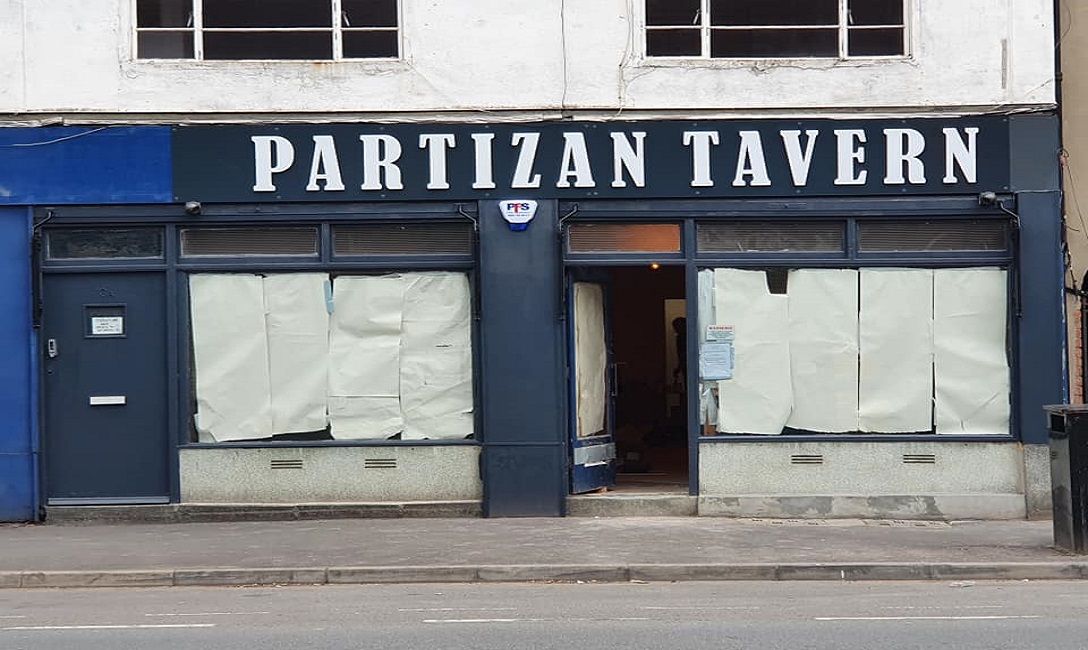 New Sneinton micropub with 'ever changing' selection of beers

A micropub named after a Serbian top flight football club Partizan Belgrade is set to open in Sneinton this week.

Subject to flooring being delivered and installed, the Partizan Tavern in Manvers Street is expected to open to the public on Friday, July 23.

The micropub will be owner Tony Perkins' first.

With a soft spot for the Serbian side, he explained how he would normally go over and watch the club a few times a year before the coronavirus pandemic struck.

So, he decided to name the pub after the Serbian Superliga club.

An "ever-changing" selection of beers will be offered, said Gedling resident Mr Perkins, 55.

"We are going for a more varied choice than you would see in a normal pub," he said.

"We are not being tied to any brewery - we have got the freedom to get beer from wherever we like.

"I am just in talks at the moment with somebody from London to get a load of beers from a few breweries in London that you would not normally see up here."

A sour beer called Solero will be sold, and Mr Perkins said: "It's got the same flavours as the ice cream."

Mr Perkins hopes the new pub and others nearby will make the area a "destination" for drinking.

He explained Mansfield Road was once known for being a stretch for a decent pub crawl, adding: "Canning Circus started to take over.

"I'm hoping now Sneinton will take over the mantle from Canning Circus.

"Hopefully, it will help bring the area up - to help regenerate the area.

"We have got the Sneinton Market which has got a lot of small independent businesses down there.

"It's making it more of a respectable area."

The micropub will be open between 4pm and 10pm Monday to Thursday and from 12pm to 11pm on Friday and Saturdays.

The hours for Sunday are to be confirmed.

Mr Perkins was made redundant from his previous job as an electrical contracts manager in February last year. Redundancy pay has helped to finance the opening of the micropub.