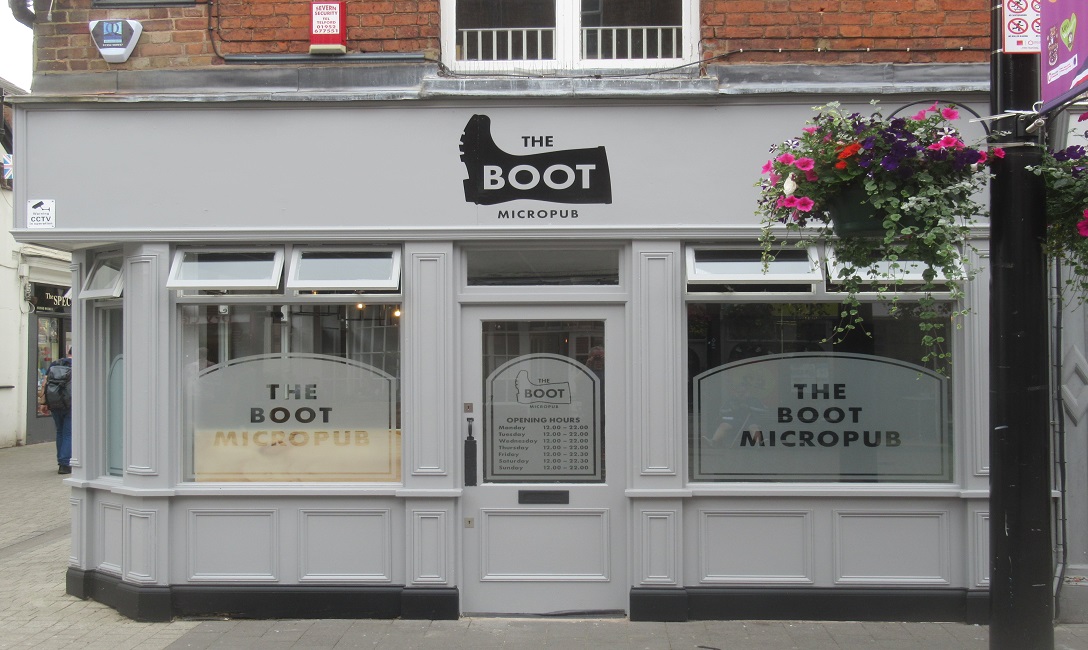 Owners of a new micropub are hoping their business will whet the appetite in Wellington, Shropshire, after launching on the high street.

The Boot has received a £10,000 business start-up grant through Telford & Wrekin Council’s Pride in Our High Street programme to open on Market Square and bring a tasty selection of beers to the town.

Emma Dean and Michael Young are aiming to build on their micropub ‘The Coracle’ in Ironbridge which was formed in 2018 and is popular with punters.

And the couple are also aiming to offer a food element at The Boot once they are fully established in their new unit.

The Boot specialises in quality beers, including cask ales, keg beers, a wide range of cans and bottles and a wine and spirits selection, curated by Tanners and Moonshine & Fuggles respectively.

Emma and Michael are hoping the micropub will bring something different to Wellington but also complement other pubs in Wellington which are already popular drinking venues.

The classy style of the pub aims to give customers an enjoyable drinking experience and the open layout, with seats around the perimeter, is designed to create a friendly and fun atmosphere and encourage people to chat to each other.

As well as the start-up funding, The Boot has also been awarded a £1,500 façade grant to create a new micropub frontage and to support additional signage.

Emma said: “We can see the growth that is happening in Wellington, and we are delighted to be part of that.

“The Boot is in a great location at the entrance to the market and close to the train station so we really hope our micropub will take off in the town.

“We recognise that there are some great pubs in Wellington, so we don’t want to be seen as direct competition but more as an alternative place to enjoy a drink which is a bit different.

“Michael and I are both really excited about The Boot and while initially it’s about launching the micropub for drinks only, Phase 2 of our business plan is to introduce food which will make it a bit different to our business in Ironbridge.”

Michael and Emma are also hoping that The Boot will help to attract more visitors and customers from outside the area.

Emma added: “We’ve had letters from people in Wellington asking if we could bring a micropub here.

“We feel that The Boot is well suited to a traditional market town and when this unit became available, we jumped at the opportunity.

“At the Coracle we’ve served visitors from across the UK and overseas so hopefully this will have a similar affect and it will have a positive impact on the town.”

The Pride in Our High Street programme offers a series of grants to help businesses launch on the high street and also gives small businesses the chance to test their venture out with support from trial start-up grants as market stalls or in small retail units.

Emma Dean, The Boot
Article reproduced with thanks to Telford & Wrekin Co-operative Council