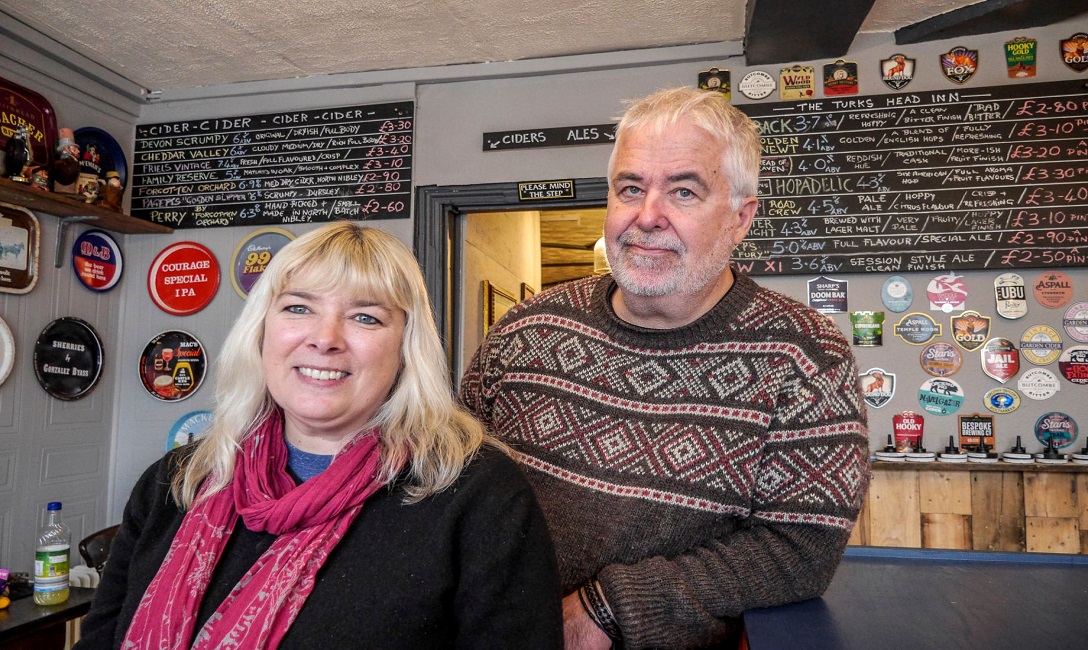 New micropub in Gloucester could soon be opening its doors

A new micropub could soon be opening its doors in Gloucester.

Peter Sheehy, who owns The Turks Head Inn in Southgate Street with his wife Christine (both pictured above), wants permission to change the use of 7-9 St Aldate Street.

The plans submitted to Gloucester City Council include using the ground floor as a micropub with function rooms on the first floor.

“It is a quite different concept to a normal pub.

“For example, there will be no beer taps, or music or fruit machines.

“Micropubs have been popping up everywhere though Gloucester has only the one - The Turks Head in Southgate Street - which will close next year when the lease ends, and redevelopment takes place. “

“The micropub will, we hope, be part of a growing trend of hostelries that started with The Butchers Arms in Herne Bay in 2005.

“We will serve ale and cider in a relaxed and somewhat old-fashioned atmosphere not tarnished with gambling machines, TV's, background music or entertainment.”

The planned opening hours for the micropub would be from 9am to midnight Monday to Sunday.

People have until November 10 to comment on the proposals which Gloucester City Council is expected to consider by December 10.

“We will serve ale and cider in a relaxed and somewhat old-fashioned atmosphere not tarnished with gambling machines, TV's, background music or entertainment"

Peter Sheehy, owner, The Turks Head Inn
Article reproduced with thanks to GloucestershireLive