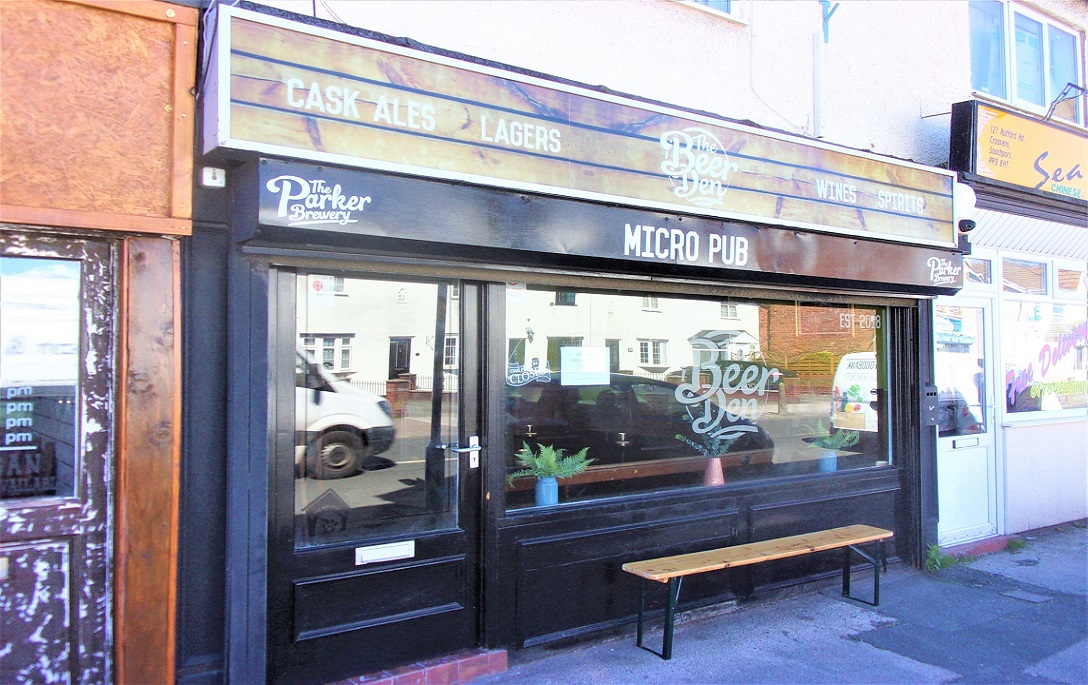 The second branch of the Beer Den opened in Crossens, on Wednesday, May 19. By 4pm, there was already a queue of thirsty customers waiting for the doors to open. This is hardly surprising, seeing that Crossens has been a beer desert since the Plough pub was demolished.

Converted from a shop, the single roomed bar is attractively decorated with a wood panel effect up to waist level and the bar in the far corner. Rick Parker and Debbie were on hand to welcome everyone through the door, and very soon there was a happy buzz of conversation among the many customers who turned out.

Both branches of the Beer Den (the first is nearer the town centre on Duke Street) are run by the Parker Brewery based in Banks.

Goose Eye Midway Session IPA, Lowenbrau and Camden Hells Lager were available on tap, and other drinks included the usual spirits, with some specialist gins, wines, and a choice of bottled beers in the fridge.

It is good to see a micropub open in a residential area not previously served by any pubs and bars at all.

The Beer Den is at 125 Rufford Road in Crossens; opening hours are: