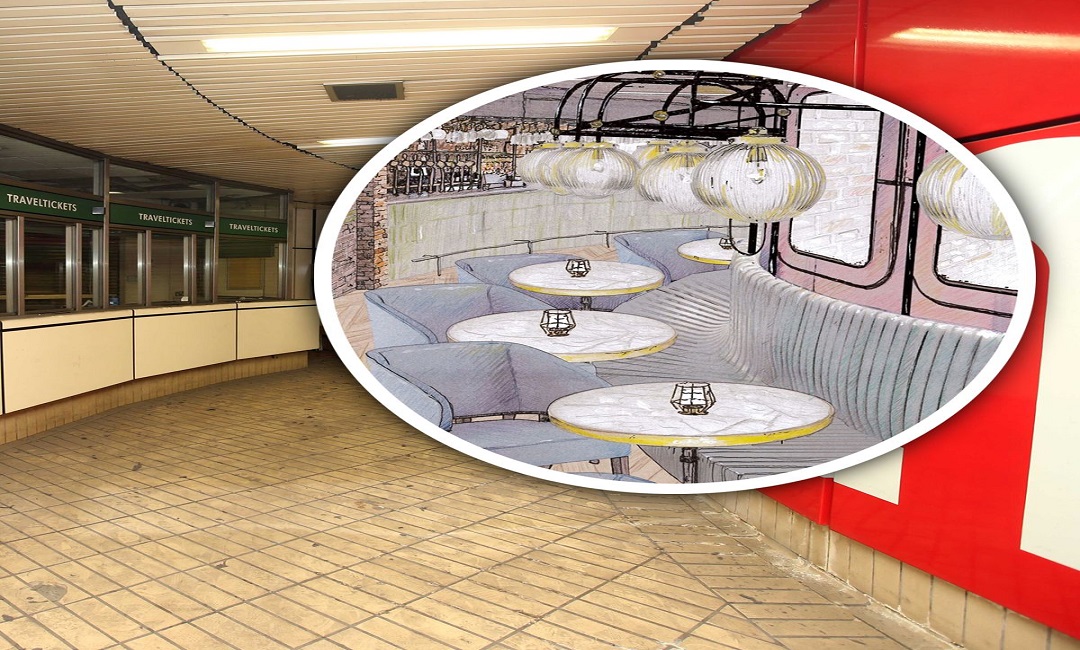 Hopes of opening a micropub inside the Monument Metro Station in Newcastle-upon-Tyne, have collapsed.

Exciting plans approved in 2019 would have seen the city centre station’s disused ticket office undergo a dramatic transformation to create The Waypoint, an underground taproom that it was hoped would become the ideal place for commuters to enjoy a post-work pint (image above shows the former Metro Travel Office at Monument Metro Station and (inset) proposed design for the micropub.)

But the site has now been put back on the market by Tyne and Wear Metro operator Nexus, after the Covid pandemic led the previous developers to abandon the subterranean bar idea.

Nexus confirmed it was now in a “detailed stage of negotiations” with another potential occupier who could bring the empty travel shop back to life.

It had been hoped that The Waypoint, located at the heart of the Metro’s busiest stop, would have replicated the success of pubs located inside Monkseaton and Tynemouth stations.

It was billed as possibly the country’s first underground pub and would have served a selection of local beers.

A Nexus spokesperson said: “The plans for a micropub in the former Nexus travel shop at Monument Metro station in Newcastle have unfortunately fallen through during the pandemic.

Article reproduced with thanks to ChronicleLive