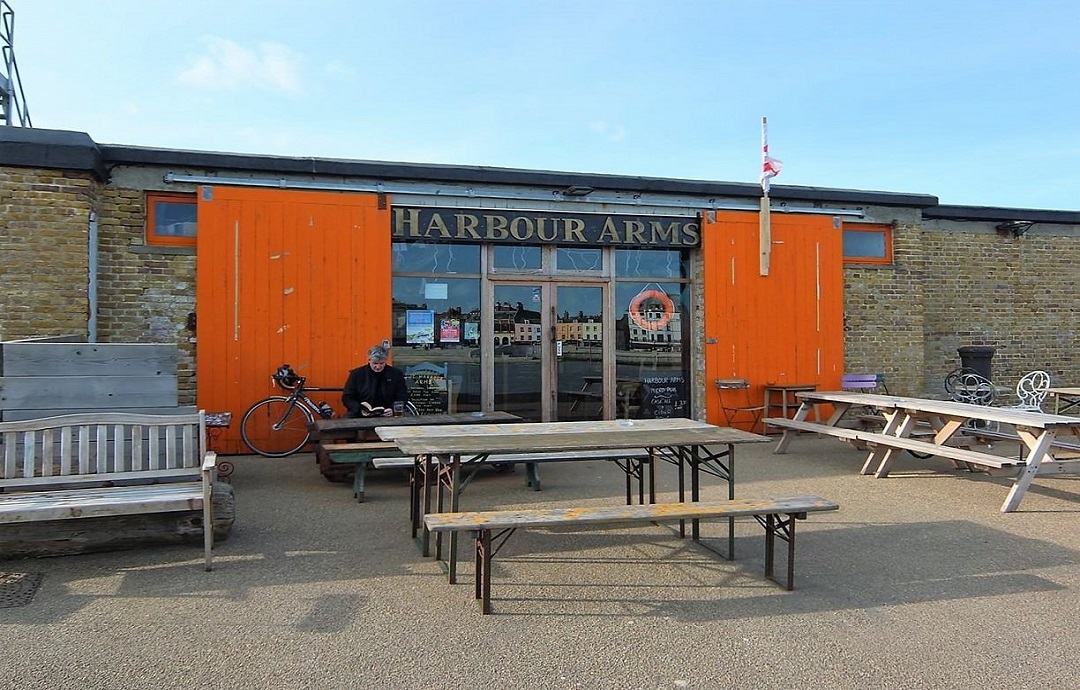 The pair were shooting for series two of Shopping with Keith Lemon.

The popular boozer on the Stone Pier, which has been in place for seven years, is run by Carole Lane and Andy Bashford.

Andy said: “My partner Carole got a phone call a couple of weeks ago from the production company saying they wanted to film here so it was pre-arranged.

“Leigh was a lovely guy and so was Roman. They took the pub over for about an hour and brought their own security with them.

“I saw some scripts and saw them filming Roman behind the bar.”

Shopping with Keith Lemon, on ITV2, sees the chat show format move away from the constraints of a studio setting and has Keith and his celebrity guests taking to the streets and hitting the shops.

In series one Keith was joined by celebrities including Spice Girl Mel B, pop-punk band Busted; and Britain’s Got Talent judge Amanda Holden.

Guest Roman Kemp is the son of actor and musician Martin Kemp and singer Shirlie Holliman. He presents for Capital FM.

The second series is in production, a screen date has not yet been announced.