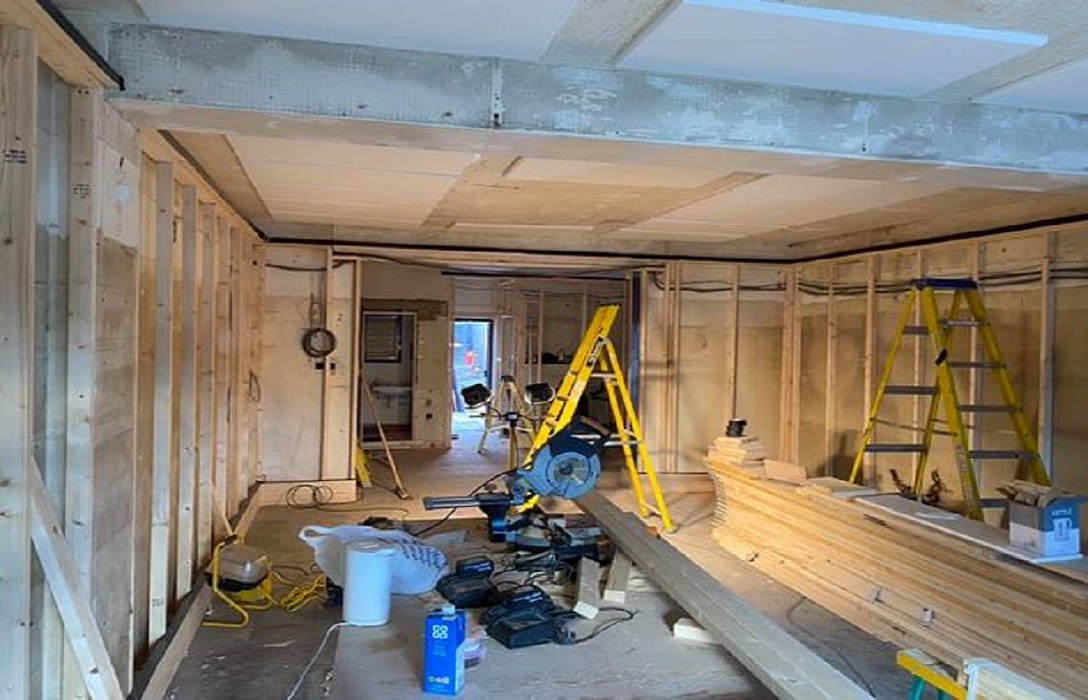 A family-run business which launched during the pandemic is hoping that its second micropub will be opening in Shirley next month.

Work is underway on renovating the venue (see image above), after the council granted planning permission to convert the old Martin's newsagents.

The Longmore Road site is preparing to welcome customers just months after the Ale Hub opened an outlet just down the road in Dickens Heath.

It was originally intended to launch the first premises in spring, but Covid-19 put paid to the plans with punters instead invited in from September.

He admitted it was "dead hard" to deal with the events of the pandemic, which has taken a heavy toll on hospitality businesses over the past eight months.

But the owners have been heartened by the support since the Main Street branch opened and believe there is a chance to cater for those not served by the big chains.

"My dad loves ale and he's always wanted to have his own pub," said Mr McDiarmid, who lives in Hillfield.

"We came up with the idea last November and we intended to open in March but then all this stuff with Covid kicked off."

While the Dickens Heath opening was delayed by the first lockdown, the business hopes that its sister site, a couple of miles away, maybe ready when the second ends. Currently this is expected on December 2nd.

It has been a tumultuous time for the pub trade and Mr McDiarmid said one of the hardest things was responding as the coronavirus rules have rapidly changed.

Since the second wave has gathered speed, businesses have had to adapt to the rule of six, a 10pm curfew and in Tier 2 areas - where Solihull found itself prior to the national shutdown - strict rules on socialising.

"Staff are pulling pints and serving customers and they are having to act as bouncers and policeman and that ruins the atmosphere a bit," said Mr McDiarmid.

Nonetheless, the family believe there is a strong appetite for smaller, independent hostelries, who specialise in the likes of real ale. "I think the micropub area is growing massively. Or it was growing massively and hopefully it will continue to do so when we are back to normal.

"There is definitely a gap for that small community pub."

And there are early discussions about whether the Ale Hub could expand to other sites in future, although Mr McDiarmid said this would obviously depend on generating the money to fund refurbishments.

Article reproduced with thanks to BirminghamLive