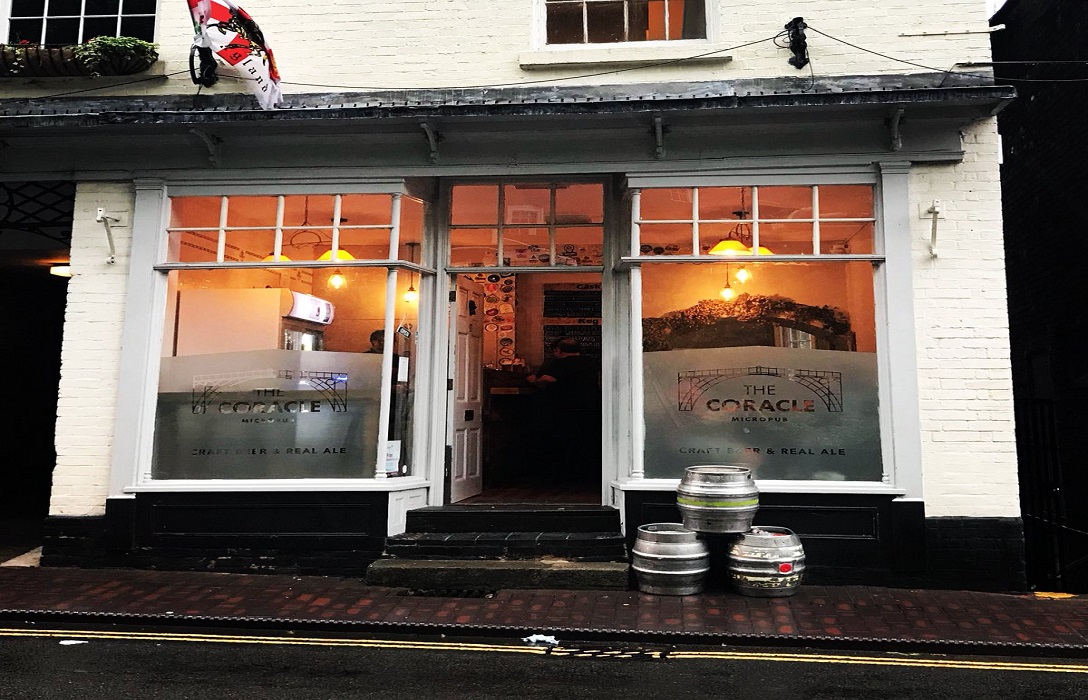 Good neighbours help save Ironbridge micropub ahead of outdoor opening

The Coracle micropub in High Street, Ironbridge, Shropshire, will be open for business today (12th April) when venues are allowed to open outdoors again.

That is in large part down to neighbouring business bosses Mike Perks, of Cleo’s, and Greg Swift of Craft and Jam Venues, who helped secure a temporary outdoor home.

Coracle manager Emma Dean said waiting two or three more months before restrictions are further eased would have been “tough” for her business, so she reached out for help.

Mike offered the use of an outdoor area at Cleo’s from Monday to Thursday, while Craft and Jam Venues, who are taking over the old Cavern pub, also made an area available. The Coracle will operate outdoor service at the old Cavern until restrictions are lifted completely.

Emma said: “Times are hard and the business would have been at risk. Waiting another two months before we could open would have been really hard. Two businesses have offered us space and it has saved our skin.

“It was difficult when we had the first lockdown. We thought ‘12 weeks – that’s a long time’. Here we are a year later. We have done more online and we’re selling nationally, but it doesn’t make up for having bums on seats.

“I want to say a big thank you to the businesses that have offered us help.”

The Coracle will be opening from noon to 10pm. Visitors are advised to book online to avoid disappointment, but walk-ups will be accepted if there is space.

Emma Dean, manager, The Coracle micropub
Article reproduced with thanks to Shropshire Star