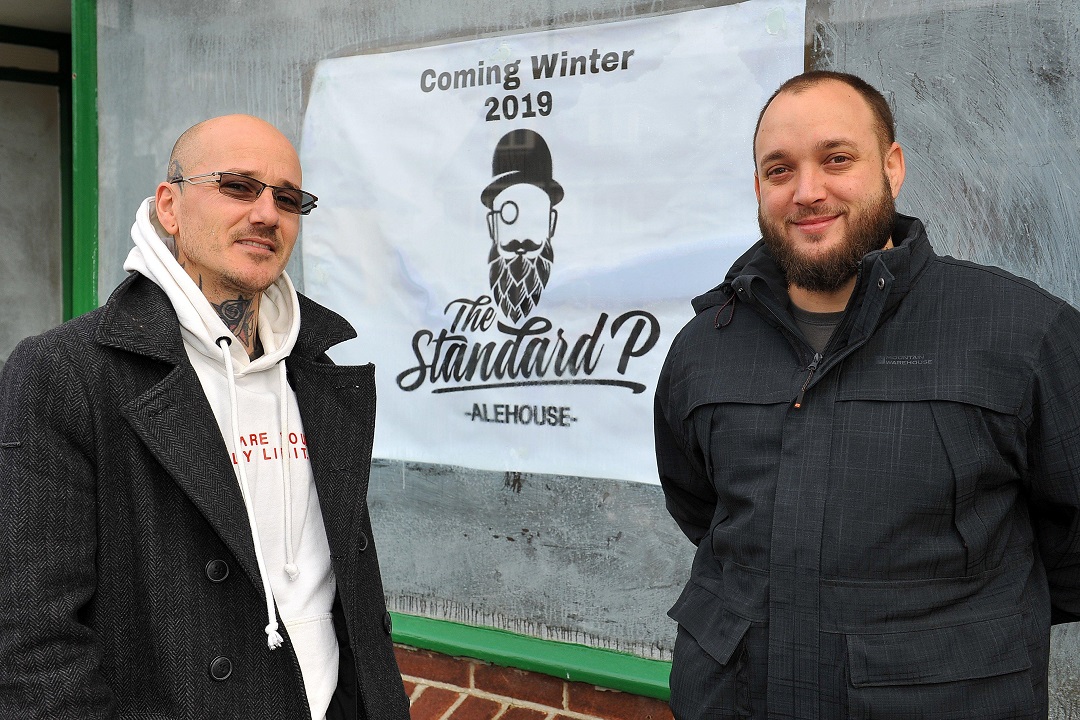 A popular new micropub is being forced to change its name due to a legal challenge.

The Standard P opened its doors in Sea Road, East Preston, West Sussex just before Christmas, with high hopes for 2020.

But the twenties have been less a roar and more a whimper for owners Ben Roberts and Jamie Farndell after being made to shut due to coronavirus.

Now they are also faced with scrapping the pub’s name after being threatened with legal action by The Standard boutique hotel chain, which has premises in New York, Los Angeles, the Maldives and one UK hotel in London.

Ben,31, from Rustington, said: “I’m feeling very frustrated. From our point of view, nobody will confuse our pub with their hotel, let’s face it.”

Ben said they trademarked their name in November, and it ran out in February. But at the last minute, The Standard’s legal team filed an objection, which the landlord branded as ‘ludicrous’.

He said: “In the current climate, we don’t have the financial clout to fight it, otherwise we would.”

He added: “If someone says ‘I’m just off down the Standard for a drink’, no-one’s going to say ‘what, the hotel or the micropub?’”

The name of the pub is a phrase coined by Jamie, Ben and their friends, meaning ‘it’s the way it is’, and has sentimental value.

Ben said he had written to the hotel company and its legal team to ask them to retract their claim or work with them towards a solution, but had received no reply.

In the meantime, they have asked their customers for suggestions for a new name and have received many replies.

He said: “We wanted it to be a hub for the community so it is nice they’ve participated.”

A spokesman for The Standard hotel chain said: “We do have a standing trademark for exclusive use of The Standard name in the UK and unfortunately are not able to make exceptions for new properties.

“We wish the pub owners all the best.”

“I’m feeling very frustrated. From our point of view, nobody will confuse our pub with their hotel, let’s face it.”