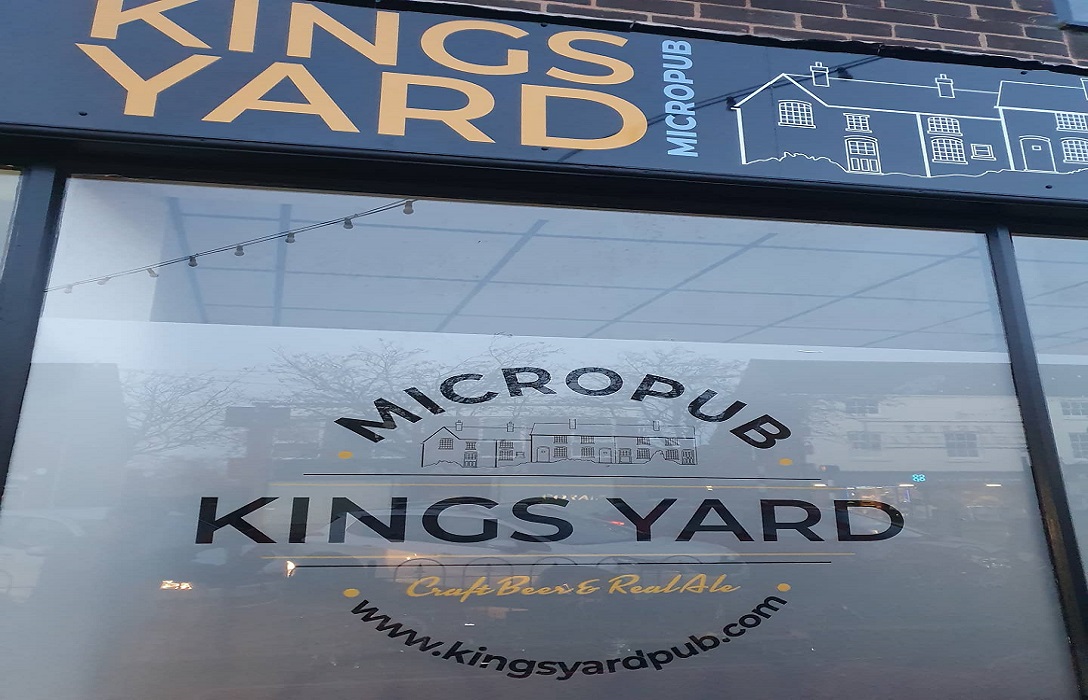 Adam Caton, aged 33, from Wheaton Aston, used to run The White Hart but has seen the potential and growing demand for craft beers, a phenomenon which has hit America and Europe.

He opened the doors to The Kings Yard micropub in Shifnal, Shropshire, for six days before Christmas but had to treat it as "a trial run" because lockdown intervened.

Adam said: "We did not really plan to open until July, so we are well ahead of the game.

"Everyone we are associated with has been great and I have the two-storey building with five tables upstairs and five tables downstairs.

"The demand for craft ales, which have many different flavours, started in America with people asking for beer from Belgium and elsewhere.

"We have been a little behind the trend and now, although we do have a couple of American beers on sale, we are concentrating on English ales.

"There is a massive demand for these, and we have four real ales on the bar at any time, eight craft beers on the keg and 70 in the fridge, giving people a total of 82 different products.

"I want people to be spoiled for choice and the craft scene has really opened my eyes.

"It is a niche thing and quite new in this area.

"Quite a few women are trying them as they have different flavours such as peach and apricot pale ale, a local brew from Willenhall.

"We have had a pear-drop session sour, a nostalgic sweet flavour which is proving popular with both men and women.

"Our customer base is drawn from Staffordshire, Wolverhampton and Cannock among other places, and I think the craft beers are a really exciting thing.

"I have been in the trade for 15 years and the demand from customers has been brilliant, and because of this we are still running a local delivery service."

Adam Caton, owner, The Kings Yard
Article reproduced with thanks to Shropshire Star