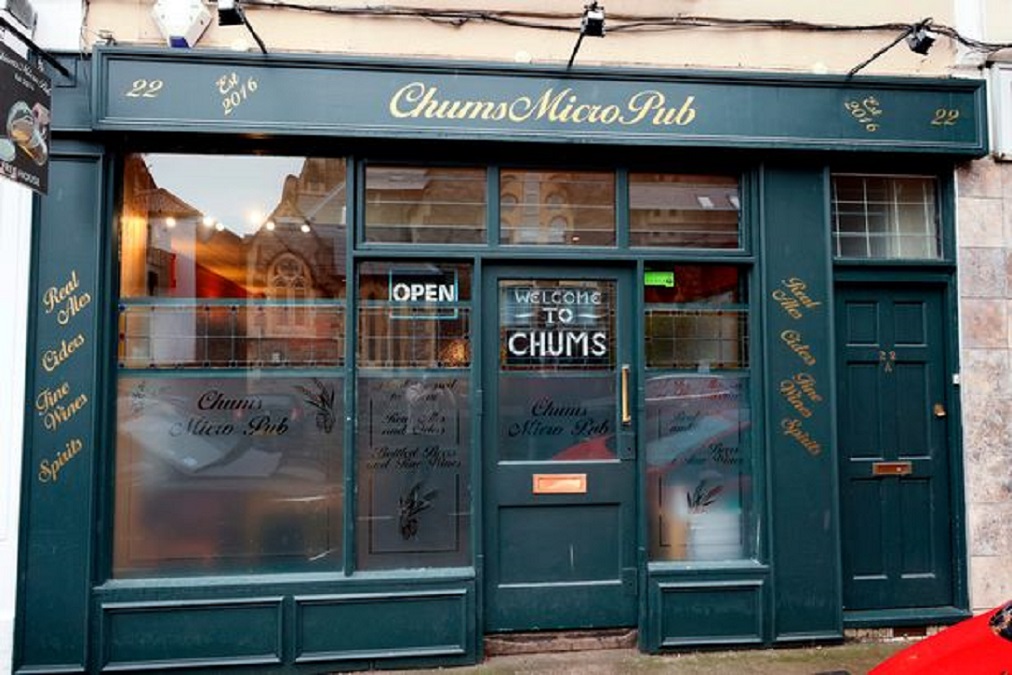 An award-winning pub in Bristol has been showing off its new-and-improved look to customers since reopening recently.

Like many hospitality venues across the country, Chums started pulling pints again on Monday (May 17) after months of closure.

And during the most recent hiatus, the beloved Redland micropub, which was named CAMRA’s Bristol and District branch Pub of the Year in 2018, was transformed with a refurbishment.

The modest Chandos Road watering hole now has a fresh lick of paint both inside and outside and a new sign.

Owner Mark Farrell, who opened the doors to Chums in 2016, making it the city's second micropub after The Drapers Arms, has also installed new stained-glass windows and brought in new furniture.

The 65-year-old said there has been a great response to the pub's new look since reopening.

"I'd say 90 per cent of people who have visited the pub since we reopened have been impressed with our renovation project," said the Irishman.

"The other 10 per cent haven't said anything at all, so hopefully that means they're quietly impressed.

"As well as revamping the place we've got a few new beers on, including a Wye Valley stout made using the original Guinness recipe, which is going down very nicely indeed."

Mark said it has been a 'very difficult' period for the business, especially because pubs were not permitted by the Government to sell takeaway alcohol during the latest lockdown.

He is therefore delighted to be back behind the bar and serving his regulars.

"It was a huge help during last year's lockdown being able to have off-sales," he added.

"To me it doesn't make any sense that supermarkets were allowed to sell booze but pubs weren't. It meant we had no revenue at all while the outgoings continued.

"It was a huge relief to get open again. We're lucky that we have a very loyal customer base and it's been great seeing all of them again."

Chums is now also exhibiting artwork from local artists on its walls, with pieces on display for two months and available to purchase.

Now that lockdown restrictions have been eased further, Mark is also planning on bringing live music back to the pub every Friday evening to give local bands a platform.

Chums opened in place of a former convenience store on Chandos Road in April 2016.

Its aim, like every micropub, is to provide a place where people can enjoy a good old-fashioned chat, free from the distractions of technology and modern life.

Mark Farrell, owner, Chums
Article reproduced with thanks to BristolLive