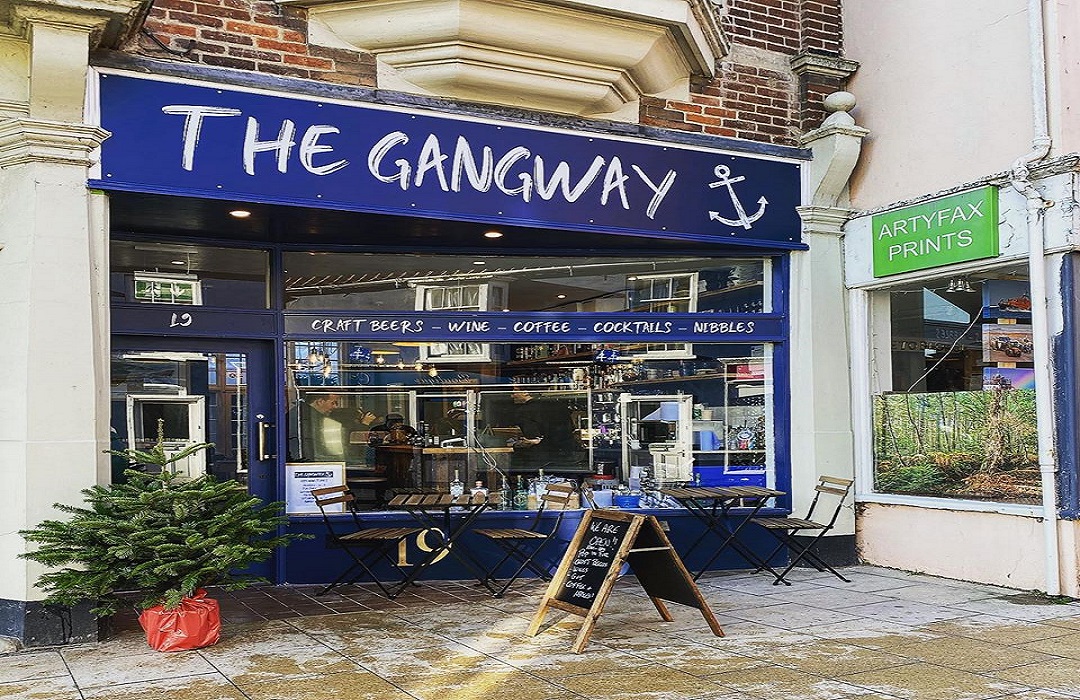 Starting a new venture months before a global pandemic would be any business owner’s worst nightmare, but for the team at The Gangway in Cromer four months of trading was enough to know they were a hit.

Cromer’s only micropub, which sells a selection of craft beers, wine, cocktails, coffee and nibbles, has announced it is expanding into the former Swiss launderette next door.

The owner of the micropub, William Chandler, said: “We are really excited to be expanding and investing in the east end of Cromer.

“We were looking at expanding but when the opportunity to take next door came up, we jumped at the chance.

“We hated seeing so many customers come and be disappointed when there was no room to squeeze them in.

“It (the new building) will be used as an extra seating area but we also plan to use it for private parties, cocktail master classes, wine tasting.”

The Gangway was brought to the area by East Coast Bars - Bespoke Bars and Events.

East Coast Bars is a small bar business based on the north Norfolk coast. It was established in the summer of 2014 with Holt Festival being its first ever event.

Since opening its doors for the first time in December, the pub has been full of locals and tourists wanting to try something a little different.

When updating customers on Facebook, Mr Chandler wrote: “We are excited to see what the future holds and welcome more of you through the doors.

“We will be doing our best to get ready and then maybe be able to open up safely once we have completed.”

Since the government’s announcement allowing for the opening of pubs from July 4th, the team at The Gangway decided to stay closed due to its small size.

Instead, the team have been offering a takeaway beer and cocktail service while also selling plants from Roost.

The team at The Gangway hopes to open the new area by the end of August 2020.